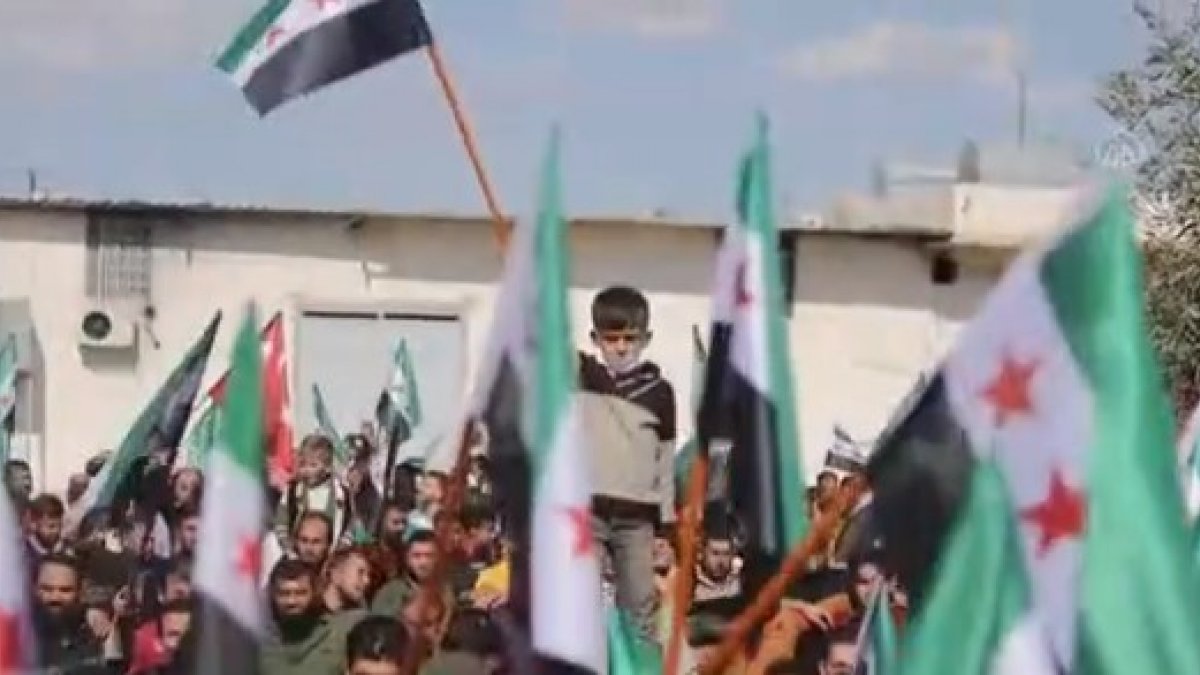 {People} from Tel Rıfat dwelling in and round Syria’s Azez district middle on the Turkish border gathered at the Siccu junction of Azez.

They protested the PKK

The displaced individuals of Tel Rıfat protested the terrorist group YPG/PKK, which occupied their houses, and demanded the Turkish Armed Forces (TSK) and the Syrian Nationwide Military to provoke the operation.

Based on the information of AA, Tel Rıfatlılar attended the demonstration. “We would like the atrocities of the YPG and Assad regime to finish”, “We wish to return to our lands”, “We help the Turkish Armed Forces and the Syrian Nationwide Military in the liberation of our lands”, “We would like our lands to be cleared of terrorism” carried written foreign money.

YPG/PKK terrorists captured Tel Rifat in February 2016 with the air help of Russia.

The terrorist group displaced roughly 250 thousand civilians in Tel Rifat, and the stated inhabitants sought refuge in areas near the Turkish border.

From right here, the YPG/PKK is attacking the Turkish safety forces and the positions of the opposition fighters, offering safety with the settlements in the Operation Euphrates Protect (FKH) and Operation Olive Department (ZDH) areas.

You May Also Like:  Triplet sisters married to same man in Democratic Republic of Congo