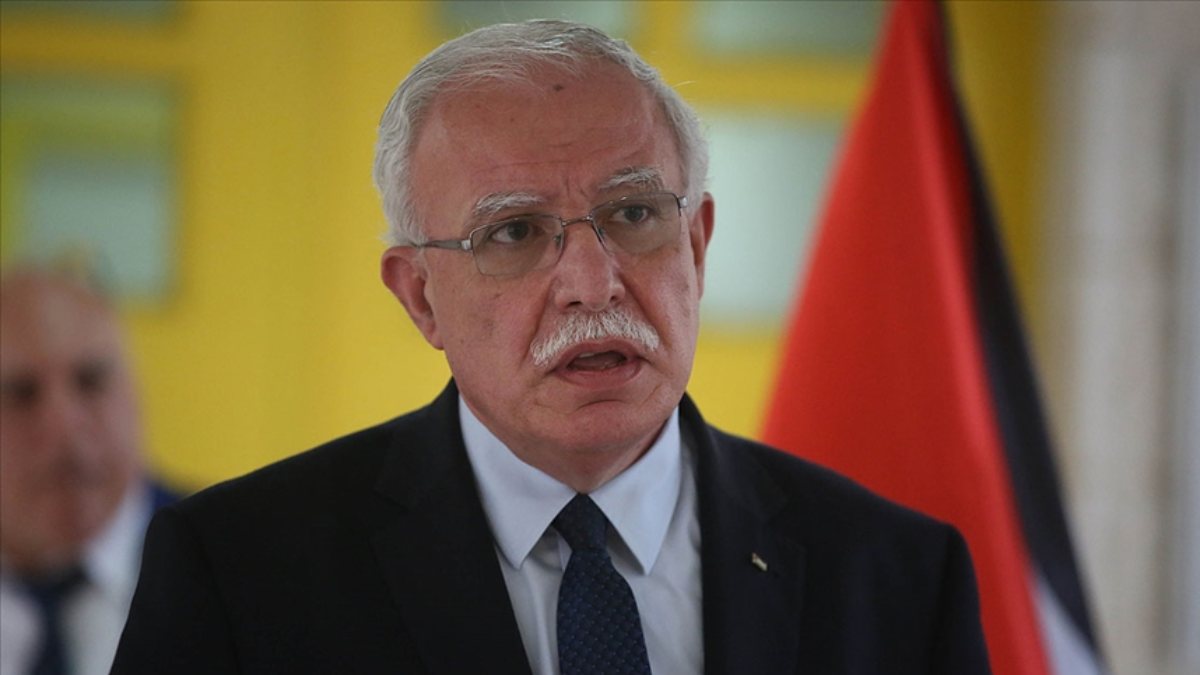 Palestinian Deputy Foreign Minister Ahmed ed-Dik stated that Israeli forces stopped Foreign Minister Maliki and his accompanying delegation on the King Hussein Bridge Border Gate (beneath Israeli management), who returned from their European tour that included Greece and the Netherlands, and interrogated them for half an hour.

Dik famous that after the interrogation, Maliki’s VIP card, which was given to the Palestinian authorities by Israel and which permits freedom of motion from one place to a different within the West Financial institution and when getting into Israel, was confiscated.

Stating that Israel took this step in response to the Worldwide Felony Courtroom (ICC) launching an investigation into crimes dedicated within the occupied Palestinian territories, Dik stated:

“THIS IS AN ACT OF REVENGE”

“That is an act of revenge and reveals that Israel is a racist state, unable to stay in concord with worldwide legislation and always resorting to threats, oppression and blackmail.”

Dik acknowledged that they’ll contact the worldwide neighborhood to inform the Minister of Foreign Affairs what he has been via.

There was no official assertion from Israel on the matter.

Israel had beforehand confiscated the VIP card of Palestinian ministers and officers.

You May Also Like:  US donates 150 armored vehicles to Lebanese army

On March 3, ICC Chief Prosecutor Fatou Bensouda introduced the beginning of an official investigation into Israel’s conflict crimes within the occupied Palestinian territories.

On 18 March, the ICC gave Israel 30 days to attraction the investigation determination.