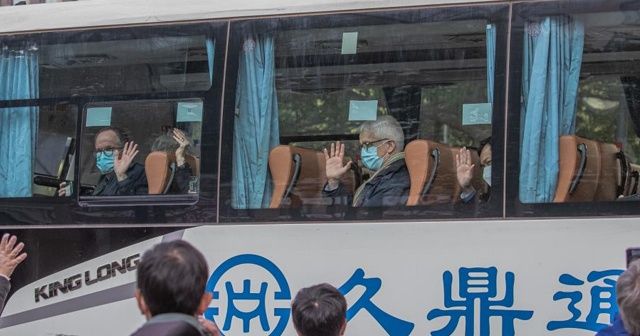 An expert team from the World Health Organization (WHO) arrived in Wuhan, China, the city where the virus was first seen, in December 2019 to investigate the origin of the new type of corona virus on January 14. The two-week mandatory quarantine process, which the WHO team of international experts entered before starting research, özgü ended. Peter Daszak, one of the research team, shared photos of sports equipment in the hotel room and his work desk on his social media account and said, “It’s a bit sad to say goodbye to my ‘gym’ and ‘office’ where I have been hiding for the last 2 weeks. “Now we are moving to the next stage of the business with the WHO team and their Chinese colleagues.”
While the scientists were leaving the hotel to start working to determine the origin of the virus, the eyes of the world were turned to research in Wuhan. The investigations will be conducted in line with the evidence presented by the Chinese authorities. Peter Ben Embarek leads the team, which also conducts video conference calls while in quarantine.

You May Also Like:  Michael Doran evaluated the USA - Turkey relations