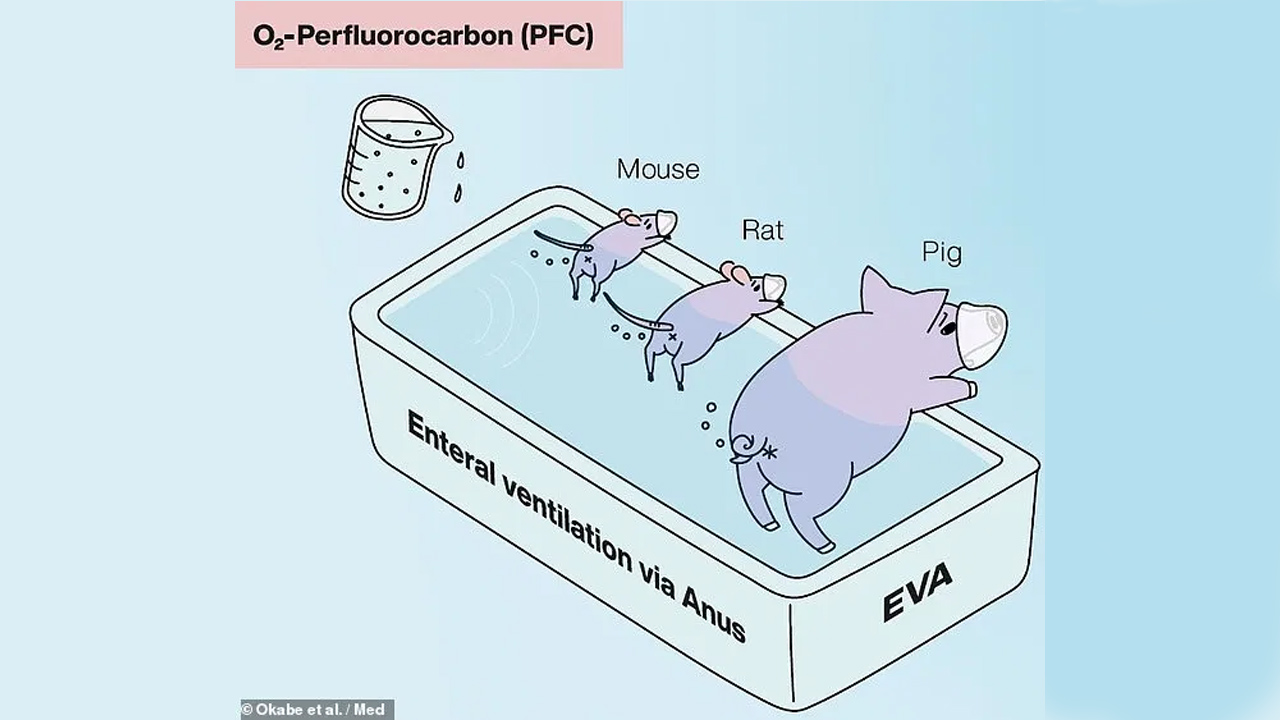 Pigs and rodents can breathe through the gut, according to a recently published study. Thanks to the finding that mammals can have this ability, this method is planned to be used in people with respiratory failure. He thinks that ‘intestinal respiration’ can be life saving for patients who need to be connected to a ventilator, especially during the epidemic.

pigs and of rodents It turned out that it shared an unexpected feature with some aquatic creatures. Pigs and rodents, as a result of a new study from their intestines; So it was discovered that he could breathe through his butt.. Two mammals with respiratory failure were rescued as a result of research.

loach, sea cucumber It was known that aquatic creatures such as gills or lungs could breathe through their intestines without using gills or lungs. on 14 May Pigs and rodents also have this ability, according to a published study. According to the results of ongoing studies, this method can be used in humans thanks to various materials and can save lives in cases of respiratory failure that requires urgent intervention.

In the study, in which different forms of oxygen were given to the intestines of mammals with respiratory failure, the amount of oxygen to the intestines of pigs and rodents from oxygenated water and gaseous oxygen turned out to be useful. The animals did not experience any health problems after the procedure. It is thought that the study will provide life-saving findings for respiratory patients who are in critical condition.

You May Also Like:  Jeff Bezos' company will make nuclear spacecraft

75% of rats, mice and pigs in low oxygen conditions are higher than normal after ingestion of oxygen. 50 minutes more surviving seen. However, it is not possible to use it in medicine. Because the delivery of gaseous oxygen from the anus to the intestines may cause erosion in the intestinal mucosa. So the researchers tried the same process with the perfluorochemical liquid with oxygen and got positive results. It has already been proven that these chemicals are biologically compatible with humans and are safe.

conducting the research Takanori Takebe, “The current COVID-19 pandemic has greatly increased the clinical need for ventilators and artificial lungs, causing device shortages and endangering the lives of patients worldwide.” He stated that during the epidemic, the oxygen needs of patients in critical condition can be met in this way.